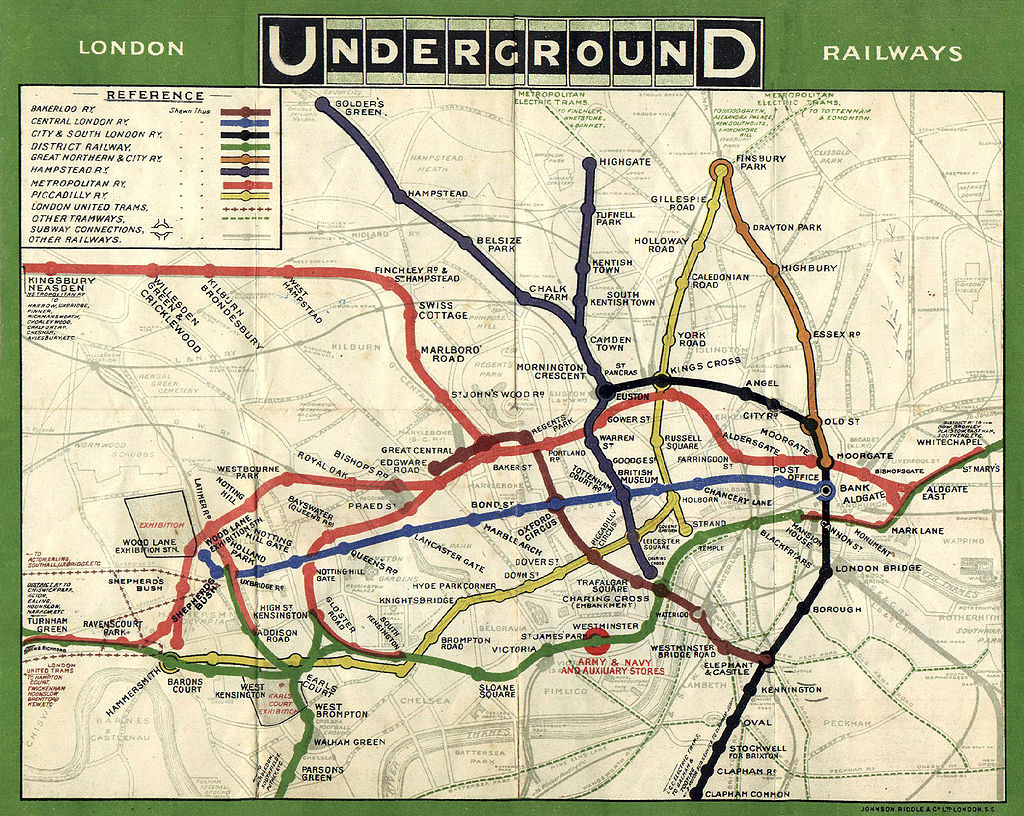 The London Underground system as of 1908, including the recently added Holland Park Station

Unfortunately its developer, Charles Richardson, really strugged to find occupants for Royal Crescent. At the time this area was considered too far outside of London to attract buyers. It wasn’t until 1856 that both the western half and the eastern half of Royal Crescent were fully occupied, by which time Richardson had been bankrupted by the venture. 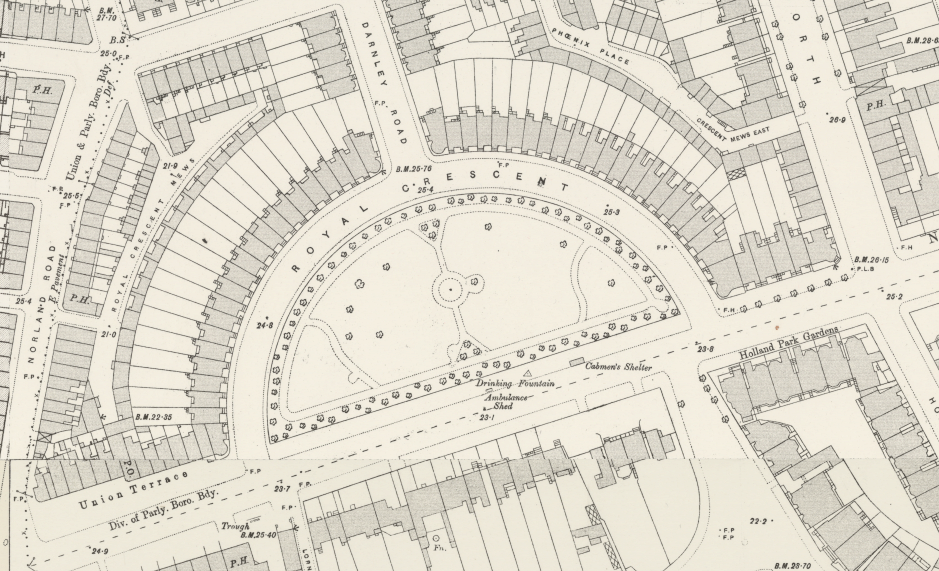 Records indicate that a high explosive bomb landed in Royal Crescent at some point between between October 7, 1940 and June 6, 1941 but there’s no evidence of its damage to structures or gardens. 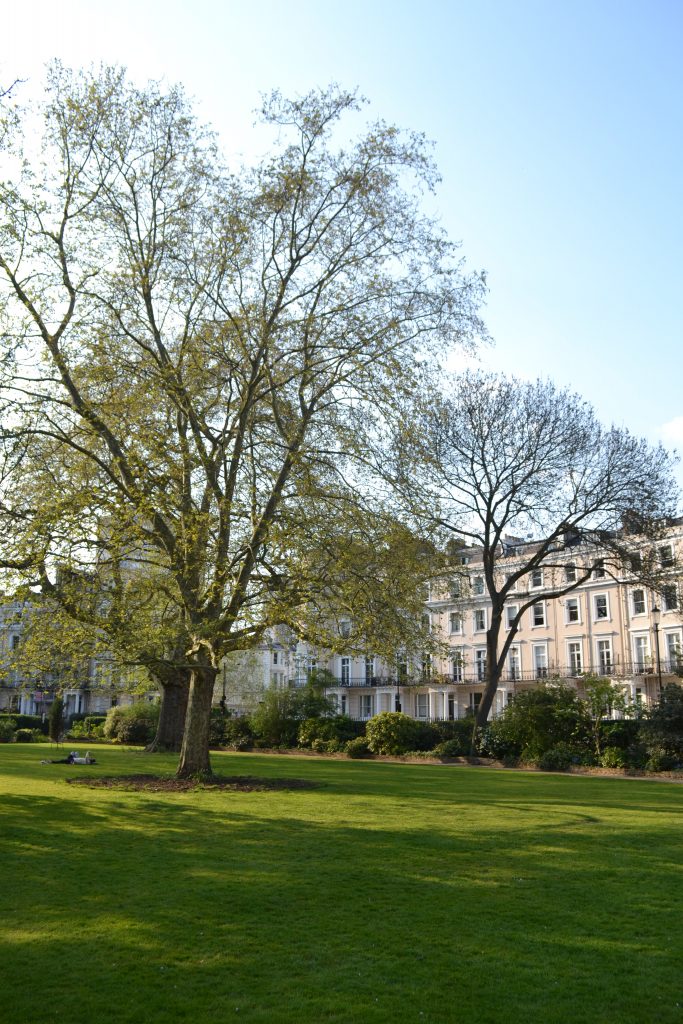 By 1998 the Garden Committee managed to raise funds to finally restore its cast iron railings, from careful saving of the garden precept, resident donations, and generous matching grants from the Royal Borough of Kensington & Chelsea and English Heritage.